The brethren and guests of Asshaw Lodge No 6849 gathered to witness Michael Worcester being installed as worshipful master at their installation meeting held at Chorley Masonic Hall. This was the third time that Michael had taken the chair of the lodge. The first being 20 years ago when he was WM for two years in succession in 1999 and 2000. In 1999 it was a year of anniversaries for Michael, as not only was it his 50th birthday year, it was also the 50th anniversary of the consecration of the lodge making a very special year indeed. 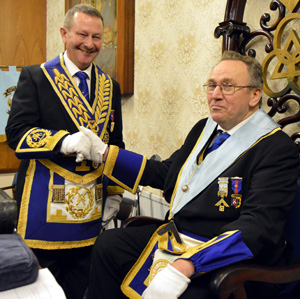 The lodge was honoured by the presence of Paul Hesketh who represented the Provincial Grand Master. Paul was accompanied by the Chorley Group Chairman Peter Lockett, group secretary Don Hesketh, along with other grand and acting Provincial grand officers. The lodge was also honoured to have five out of the six masters of the other lodges who meet at the Chorley Masonic Hall, all there in support of their friend and fellow lodge master.

Stephen Williams, the outgoing master, opened the lodge and after the usual business had been swiftly dealt with, the members of the lodge balloted for a joining member who was welcomed by all those present. Stephen than handed the reins over to Edwin Schofield who, assisted by his fellow lodge officers, installed Michael in a most sincere and very well-presented ceremony under the ever-watchful eye of the director of ceremonies Denis Martindale.

A stand out component of the evening was the presentation of the working tools which were expertly presented by Paul Vernazza, David Moss and Mark Lees, all of who are relatively new members of the lodge and all of whom did an exemplary job.

The formal ceremony being completed, Paul brought the greetings of the Provincial Grand Master and in response Michael presented him with a number of donations to charities and good causes, namely £700 to the MCF 2021 Festival, £200 to the Multiple Sclerosis Society and £100 to Charnock Richard Scouts, making an impressive total of £1000. On behalf of the Chorley Group and all those people not known to us who will benefit from these, Paul thanked the brethren for these very generous donations.

Following this, Malcolm Warren, the regional charity steward and festival representative, presented the lodge with its MCF 2021 Festival Patron’s certificate. He told everyone that this was a major achievement for the lodge of which they should be very proud.

After the formal half of the evening was complete, all those present retired to the festive board which was a very friendly and relaxed affair with good food and good company and all the traditional trappings of a Chorley Group installation meeting. The raffle raised an impressive £288 which was donated to the Chorley Masonic Hall and the master’s song was performed by Brian Flynn who we know sings at many of the Chorley Lodge’s installations.

The final words of the evening went to the Michael who presented Paul with a floral gift for him to take home for his partner and finished by wishing all the brethren present good health and happiness and a safe journey home. 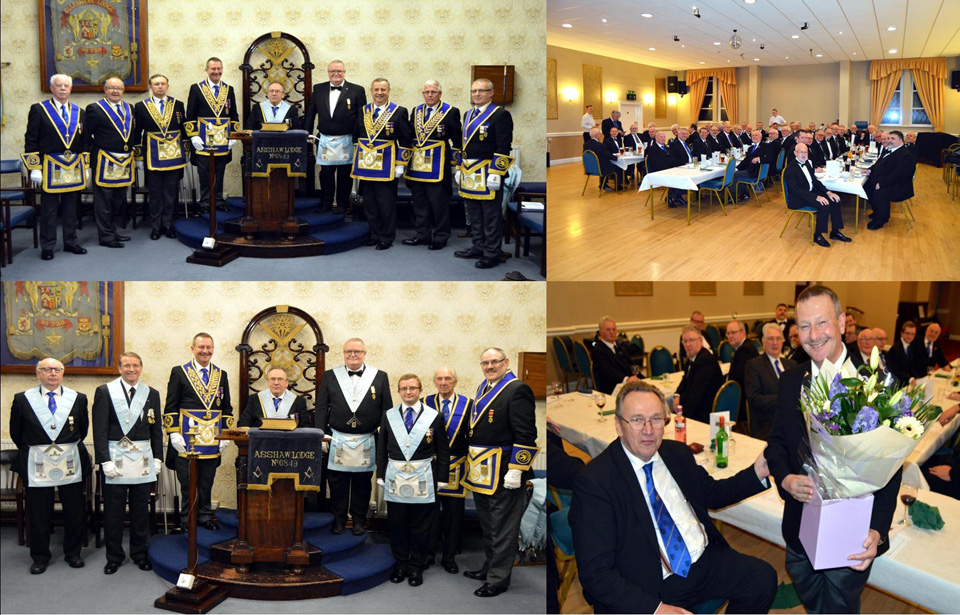