Chorley Masonic Hall opened its doors to the public in support of the National Heritage Weekend Project. The doors were open on both Saturday and Sunday afternoons during the heritage weekend, to let the people of Chorley see what there was behind what is often perceived as closed doors. 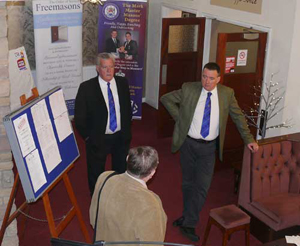 The event, organised by Chris Jones, Chorley Group Membership Officer and the hall executive, was well supported by the lodges who provided tour guides and the Lady Masons who were represented on the Saturday.

Visitors, interested in the heritage of the building, came to see areas of the building where bits of the old Methodist church can still be seen. They were delighted to see the old balcony and be told where the old church and school used to be as well as the old yard that used to be between the two buildings.

Visitors also came to see inside the lodge rooms and learn about Freemasonry. They were not disappointed. The enthusiastic team of tour guides took them on tailor-made personal tours. In the two lodge rooms, the guides explained the furniture and the symbolism used by Freemasons. They also explained the ceremonies as well as some of the history of Freemasonry, both locally and nationally. In the Provincial robing room, they were shown a display of regalia which the guides were only too pleased to explain. They were then shown the two function suites, and a film on Freemasonry. 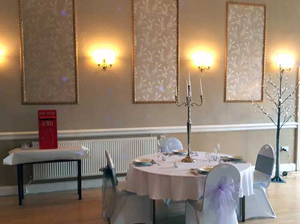 It was pleasing to see that the visitors were from a wide cross section of the people of Chorley. There were families with children, men on their own, ladies on their own, all interested in what was on show.

Feedback after the event was very positive. One visitor wrote: “I would like to say thank you for opening the lodge rooms today. Also, for the very interesting guided tour given by Denis Martindale. We were shown round the lodge meeting rooms. The history and symbolism was explained to us and we were shown many of the objects used in the Masonic ceremonies. I think a lot of people are unaware of how Freemasonry works in. the raising of monies for all kinds of charities and of the many social events. The function room at Cunliffe Hall looks a lovely venue to hold a wedding reception or other function.”

Another wrote: “Thanks for yesterday’s tour. Made me realise what Freemasonry is about and the important role family needs to know. Well done.” Congratulations to everyone involved on a very successful day which no doubt will be repeated.