Chorley Lodge and the wisdom of Solomon

It has been said that it would take the wisdom of Solomon to spice up a lodge business meeting and Chorley Lodge No 6287, took up the challenge at their meeting to see if it was true – literally. 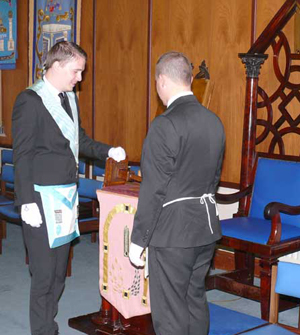 Richard (left) and Ian at the junior warden’s pedestal

At a previous meeting Eric Kos, the lodge director of ceremonies, gave a presentation on the newly launched website ‘Solomon’ https://solomon.ugle.org.uk

He explained that Solomon is the United Grand Lodge of England’s online, searchable repository of nuggets, papers, presentations, demonstrations, question and answers and quizzes which can be used for personal study or shared in lodge or chapter. He challenged Richard Gillet, one of Chorley Lodge’s very junior members to use the site and put together a presentation of his own choosing to be delivered at the upcoming lodge business meeting.

At the meeting, Andrew Howarth, Chorley Lodge’s WM, efficiently got through all the necessary elections associated with a business meeting and called on Richard to deliver his presentation. 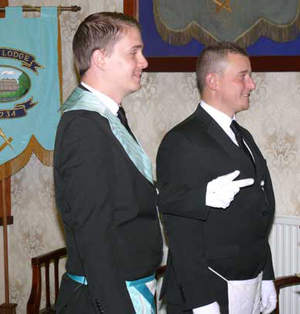 Richard then explained that he had chosen the first degree ceremony as his topic and had put together the presentation to try and explain what happens to a candidate and the reasons behind what goes on. He then invited Tom Richardson, the lodge inner guard and Richard’s co-presenter, to retire for preparation.

On his return Richard took the role of a fully prepared candidate and Richard led him through the initiation ceremony, explaining the meaning and symbolism as they went around the room. A daily advancement in Masonic knowledge was certainly made by all those privileged to watch.

Everyone present offered their congratulations to the two junior brothers either during or after the meeting. They thanked Richard for researching and putting together the presentation and to Tom for his assistance in physically presenting it in such a captivating way. Several senior members suggested that the presentation should become part of Chorley Lodge’s repertoire to be delivered at the meeting following an initiation.

Well done Richard. Well done Tom. Another outstanding meeting at Chorley Lodge brought about by the wisdom of Solomon and two junior brothers! 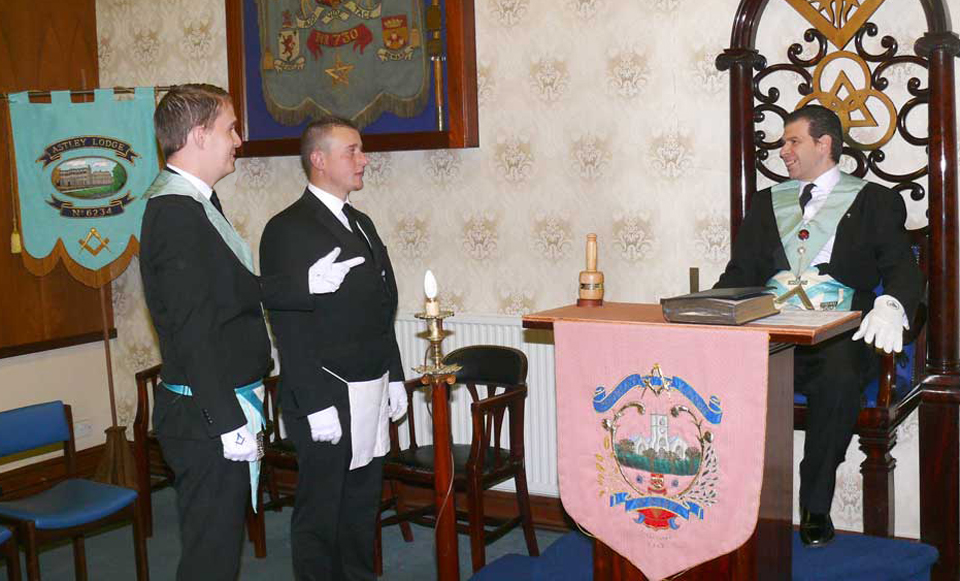